The weary-eyed parents scanned the checkout area at Walmart, searching for a short cashier line to duck into. Mom led the procession, with a grade-school-aged daughter and a shopping cart. Behind her, the mother pulled a sparkly, powder-blue girl’s bicycle, trimmed with shiny streamers from both handlebar ends. Patient Dad followed behind the girl’s bike with a screaming toddler in the cart. The two-year-old sat slumped in a tantrum with head down, tears flowing, and arms flailing.

Next to the boy, and unnoticed by him, sat a toddler-size ride-on toy. It was a tiny BMX bike—an amazing mini-vehicle! Royal blue and white aerodynamic fenders swooped along the bike, accented by fun chrome details. Every toddler’s dream gift, but even that could not distract the boy. Instead, his energy was focused solely on the expression of his fatigue and frustration.

A few minutes later, settled into a cashier line myself, I looked to see the source of new shrieking. Same toddler, but by this time, the family had found a cashier line. Only the father and son were visible beyond the shelves. The boy was on the floor tantruming as he screeched. Obviously the father had removed his son from the cart to allow the boy to flail unobstructed on the open floor. The father’s patient, watchful gaze never left the boy, ensuring his safety without accelerating the tantrum.

I had stopped by Walmart for a few groceries after Awana night at church. As a teacher of 3-5 year old Cubbies, I had dealt with my share of runny noses and tantrums that night. A few preschoolers in our group had those tired-and-crabby, scream-and-throw-yourself-down-on-the-floor type of tantrums. Although my own children had taught me well how to deal with such episodes of acting out (ignore, distract, don’t reinforce), I was still tired after that evening. (And yes, it had been a night of laughter, singing, telling about Jesus, and running around the gym as well, but it was dealing with the tantrums that wore me out.) And so I noticed and admired that patient and tired-looking father.

And then I recognized the parallel: isn’t that just how I act towards my heavenly Father?! Like that father with the beautiful gift in the cart, God has gifts planned for me, gifts that are perhaps even within arm’s reach, but often I tantrum in fatigue and frustration, not trusting my heavenly Father.

Every good and perfect gift is from above, coming down from the Father of the heavenly lights, who does not change like shifting shadows. James 1:17

Just like that earthly father loved his son through the tantrum, God is the one who knows me, knows what I need, has a plan for me, and knows how to keep me safe from my own selfish episodes of acting out. God patiently waits through my mess and my undeserving actions, ready to love and forgive me.

The Lord is not slow in keeping his promise, as some understand slowness. Instead he is patient with you, not wanting anyone to perish, but everyone to come to repentance. 2 Peter 3:9

Lord, help me to realize that you are my loving heavenly Father, the source of all good gifts, and the one who patiently waits for me to come to you in repentance. Please teach me that you are worth giving up my tantrums for, so that I can trust and obey you. In Jesus’ name. Amen.

The AWANA closing program was set to begin, and children, parents, and grandparents gathered inside the church for the celebration. I was on the lookout to welcome my section of Cubbies and help them cope with their preschooler distractions.

C’s mother, ready to confront her son’s weekly bout of separation anxiety, carried him over to me. Kicking and crying in his usual protest, C resisted when I peeled him out of his mother’s arms for our prearranged hand-off. I always waited for his mom’s timing and cue that she was ready for her son to separate; our weekly dance resulted in a calm C, usually within minutes. We had never handed off in front of an audience before, and I realized how cruel I must look, pulling a crying child out of mom’s loving arms. However, not long after C was in my arms and we sat down, he laughed as I distracted him with silly conversation.

K came in with her transition object, only this time it was a doll instead of her usual baby blanket. K’s mother, the exhaustion of strong-willed children evident on her face, was coping with simultaneous challenges from all three of her children. Oldest boy was testing limits and mom was implementing consequences presented even before the evening’s outing. Middle daughter was refusing to sit with her AWANA Sparks group. Not to be outdone, K, the youngest, began to tantrum when mom tried to sit elsewhere. Mom settled into place with our group of Cubbies, resigned to K’s refusal to separate and committed to ensure that her older children stayed with their groups.

As I calmed C on my lap, I looked over to see K present one of her rolling-on-the-floor tantrums. I usually dealt with that in the Cubbies classroom, where K’s occasional tantrums were short-lived and self-extinguished once her parents were out of sight and she received nothing but strange stares from her peers. Since mom was a captive audience, this particular session lasted longer and the doll became a drama prop.

“You are a good mom! Hang in there,” I encouraged K’s mother with a pat on her arm. It sounded so feeble and I wanted to encourage her further, but I had to tend to the rest of my preschooler group.

In bounded A, deliberately shaking her cupped hands together, a smug smirk of accomplishment spread across her sweet, three-year-old face. Sensing that this was likely a live one, snuck into the sanctuary for the big AWANA finale, I asked what was in her hands.

“A bug!” she proclaimed triumphantly, gracing me with a short peek as she cracked her otherwise clenched hands to reveal a black winged insect. Knowing A’s strong will and desire for peer attention, I plotted my strategy carefully. I acknowledged the bug, without praising the accomplishment excessively. Having survived my own strong-willed, non-insect-averse children, I considered the consequences of a loose bug and the damage control that would ensue. My strategy was to give her a choice.
“OK, since you can’t bring the bug on stage with you, you have two choices. You can either bring the bug outside, or you can put it in this envelope,” I challenged her, grabbing an offering envelope. (Use # 257 for an offering envelope.)

“I want to go outside,” she demanded.

“Well, I can’t take you outside now; we are all going on stage to sing the Cubbies’ song. You’ll have to sit here until I come back and can take you.”

After our leader’s cue, the Cubbies stood up in preparation to take the stage. Knowing that A would not want to miss out on a fun group activity, I offered her the open envelope. She hurriedly dumped the bug inside and ran to the aisle with her peers. The kids in our row eyed me carefully to monitor what happened with the bug. Bug firmly wrapped in the envelope and tucked under the row ahead of us (to prevent catastrophic smashing of A’s trophy), I herded my group of cherubs to the front.

After wild gestures, whispered guidance, and a few rescued potential runaways, the group of sixteen Cubbies was ready to perform. Facing their parents, families, and friends, the children sang the Cubbies’ song and recited their Bible verses.

Dear God, may these precious children always leave behind transitional objects, separation anxiety, bugs, and other distractions in order to focus on your word. Amen.

Disclaimer: No Cubbies were harmed in the pre-program drama annotated above. The program preparation strategies described do not necessarily represent AWANA guidelines. 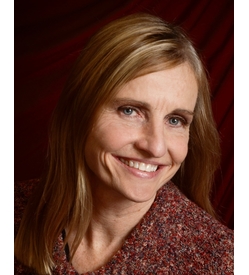